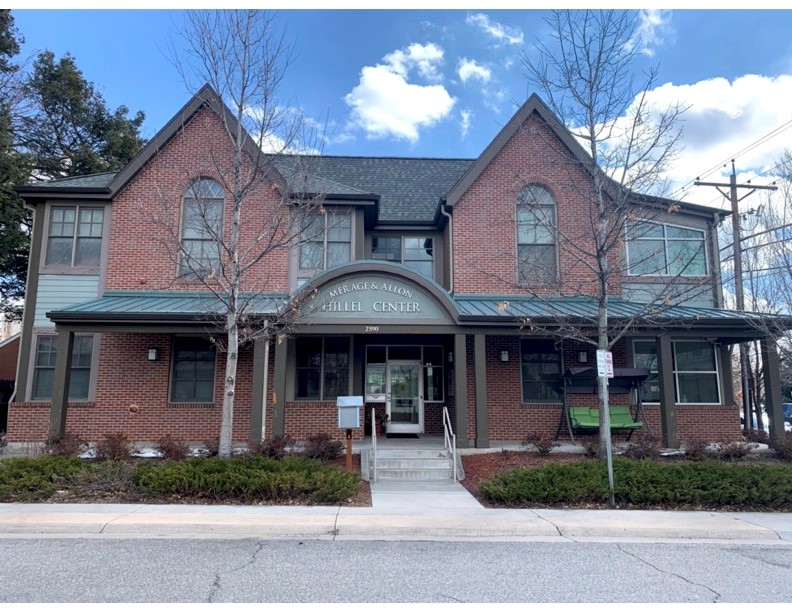 While Hillel staff put its finishing touches on welcome-back-to campus programs last week, we were shocked into action by an incident that could endanger the very students Hillel is here to protect.  That morning I received multiple phone calls and e-mails directing me to a Jerusalem Post article featuring a statement made by Nader Hashemi, Director of the University of Denver’s Josef Korbel School of International Studies’ Center for Middle East Studies, suggesting that Israel’s security agency, Mossad, is likely to blame for the assassination attempt on Salman Rushdie at Chautauqua, NY on August 12, 2022.  Many of those who contacted me were outraged, as Hashemi had (inadvertently or not) hit upon an age-old antisemitic trope of falsely blaming and scapegoating Jews for intervening in international affairs in manipulative and violent ways for nefarious gains.  I remain careful not to ascribe motive to Hashemi, but was deeply concerned, for statements such as this can put our Jewish students – who already face unprecedented campus antisemitism across the country – at further risk.

Hillel of Colorado began immediately to focus on multiple fronts.

Our Hillel staff has worked tirelessly over the years to build alliances with our universities’ department heads and administrators, so we leaned on those relationships at DU: I spoke multiple times with Korbel’s Dean Fritz Mayer; met with Vice Chancellor Mary Clark; and corresponded with Chancellor Jeremy Haefner who was out of town.  Stressing that the university needed to exercise its own First Amendment right and denounce Professor Hashemi’s statement as potentially damaging to our students, my Jewish communal colleagues and I were optimistic that DU would condemn it, especially since these DU leaders have been and continue to be trusted partners in working hard to make the university a safe place for Jews and other minorities.

But DU’s statement, while correct, needed to say more, to point out that professors – while free to espouse personal and professional theories – should speak carefully, understanding that scholars need to model for students a higher standard, one that teaches that with an academic platform comes great responsibility, that freedom of speech is never absolute, that words can, and in this case are likely to be used by the uninformed or by people uninterested in truth, to wonder…or even to believe that Jews conspire behind the scenes to do political harm.  Intentional or not, Hashemi’s words, especially unchallenged, makes the world more dangerous for Jews – and, I maintain, for us all.

Meanwhile, I began working with the leaders of the Mountain States Anti-Defamation League, JEWISHcolorado, and the Jewish Community Relations Council; later we were joined by the leaders of the Rocky Mountain Rabbis and Cantors and the Mountain States American Jewish Committee.  Our local Jewish communal partners know that Hillel is best suited to take the lead on our campuses, and they are always there for our Hillel students providing valued training and resources, and as a support for me and our Hillel staff.  We issued our joint press release on August 25th.  Hillel is grateful for our colleagues’ rapid and united response.  It’s so important to know that our community is here for us, now and always.

Why we are disappointed in DU’s response

I know – from common sense and from my conversations with DU leadership – that there are lines in the sand, things professors cannot say without the university saying much more than they did this time.  I’m sure they have reasons they did not say more.  But if academic freedom and freedom of speech is not limitless at DU, and First Amendment rights are not so broad as to protect speculation that could be dangerous, why not say more in this case?  While I firmly believe that DU wants to try to do the right thing, university leaders seem not to understand that Hashemi’s statement does, indeed, cross a line, how the deep historical reverberations of Hashemi’s assertion – again, intended or not – make his statement dangerous, why Jews feel its echoes so deeply, why to be safe we all need a better statement than university has provided.

We aren’t paranoid: Jews are still scapegoated today as we have been countless times in the past eight centuries or more, from being falsely accused of poisoning wells in the Middle Ages and even causing the Black Death, to organizing a fictional cabal seeking political, fiscal, and ideological domination and power over entire nations through currency manipulation (in the Protocols of the Elders of Zion, an outright forgery popularized in Henry Ford’s Dearborn Independent and a libel still published and quoted today by antisemites), to a member Donald Trump’s reelection campaign including fevered denunciations of the historically wealthy Jewish family, the Rothschilds, as well as Jewish philanthropist George Soros; to Jewish space lasers, Jewish control of Hollywood, or secret Jewish domination of our mass media.

The tropes are ancient, and every time a such an assertion goes unchallenged, the world gets more dangerous for Jews – and, I maintain, for all of us.

Hillel is tasked with combatting campus antisemitism while assuring that our students – who are on the front lines – have the tools they need to defend themselves appropriately in college and throughout their lives.  Hillel must also teach that Jews have allies everywhere, and our job is to grow those alliances.  But keeping our Hillel students physically, emotionally, and Jewishly safe isn’t easy in the face of increasing campus antisemitism.  Hillel was proactive:

Hillel has been here when: